I read and reviewed the prequel to this novel, The Shadow Prince, HERE if you’d like to read it first! 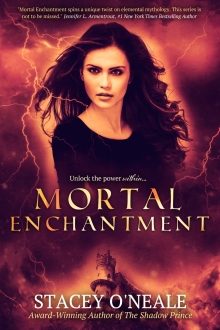 In Kalin Matthew’s world, elementals control the forces of nature. They are divided into four courts: air, woodland, fire, and water. At sixteen she will leave the life she’s built with her mortal mother. Kalin will move to Avalon to rule with her father—the elemental king of the air court. Along the way, she’s attacked by a fire court assassin and saved by Rowan, a swoon-worthy elemental with a questionable past.

Worst of all, she learns her father is missing.

To rescue him, Kalin will have to work with a judgmental council and a system of courts too busy accusing each other of deceit to actually be able to help her. But, they aren’t her biggest challenge. With the Midwinter’s Ball only five days away, Kalin must take over her father’s duties, which includes shifting control of the elements—power Kalin has yet to realize.

As Rowan attempts to train her, a war looms between the four courts. If Kalin fails, her father will die and the courts will fall, but the betrayal she’s about to uncover may cost her even more…

You might remember from my review of the prequel novella to this series, The Shadow Prince, that I really enjoyed it and was looking forward to reading Mortal Enchantment. I waited a few weeks in between reading them (as I had e-ARCs and such), but I kept looking at Mortal Enchantment on my shelf with excitement. When I finally was able to pick it up, I wasn’t disappointed.

Mortal Enchantment is a fun, fast-paced unique take on elemental mythology. I really enjoyed the setting – Avalon, the world in which all the elementals live divided into four courts that control the elements. These courts – air, water, fire, and woodland – were all fascinating. I’m glad we got to learn more about them in the novel, because the prequel novella definitely got me interested. I thought getting behind the scenes and seeing how Kalin learned to control her powers was really cool. I could almost feel my own fingers burning with the power she was producing.

One thing I wished was different was the length. I wished it were longer! Some of the scenes, especially a particularly important battle scene that had a lot of buildup, were somewhat short and over way too quickly. I could have done with more descriptions here! But instead of focusing on these big moments, the book focuses on the smaller, more intimate moments between Kalin and Rowan or Kalin and her handmaid Ariel. This was enjoyable and allows the reader to get to know these characters better. This isn’t really a complaint: I just wish I had more of the book. All the more reason to read Fragile Reign, the next book in the series!

Two things about Rowan to wrap up this review: 1. I wanted more of him, and 2. He’s got a little bit of an ego, doesn’t he? He knows he’s super sexy and he uses it to his advantage, which is not something I find particularly attractive. I mean, if you know you’re good looking, that’s one thing, but you don’t have to be arrogant about it. Taking this fact into account, it’s funny that I wish we’d had more of him here. I think I was used to reading The Shadow Prince, in which he’s the main character, so trading him off for a different point-of-view was different.

The bottom line: overall, a fun, fast-paced, interesting take on the fantasy genre. I’ll definitely be checking out Fragile Reign when it releases next month!

Want a chance to win a $25 Amazon or B&N gift card PLUS signed Mortal Enchantment books? Of course you do. Click this Rafflecopter link to enter the giveaway!

For more chances to win and to read more awesome reviews of Mortal Enchantment, check out the tour schedule HERE. 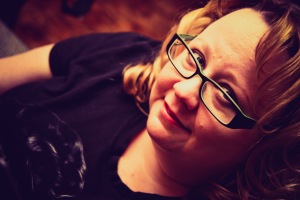 Stacey O’Neale lives in Annapolis, Maryland. When she’s not writing, she spends her time fangirling over books, blogging, watching fantasy television shows, cheering for the Baltimore Ravens, and hanging out with her husband and daughter. 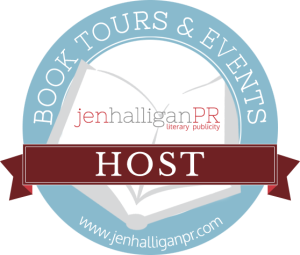