If you follow me on Twitter, you might’ve seen me post about my (small, inclusive, non-offensive) Pride Month display (pictured below) that I put up in the library that was taken down.

I can’t say much about the display or why it was taken down, unfortunately. There was a much longer post here, but all I’m going to say no is that the display was taken down. Kayla, the young adult librarian at one of the other libraries in our system, also had to take her display down (pictured below).

What Kayla had to say:

Kayla and I are not giving up and we will continue to find a way to continue to support our LGBTQIAP+ youth and ALL youth in our communities.

So while all of this was happening, someone asked me on Twitter so share a list of the books I put in my display so he could add them to his TBR. I wanted to share them with all of you, so here’s the list of books I had in my display plus a few I wanted to include but were already checked out. I hope that you’ll find at least one of them that will benefit you.

Simon vs. the Homo Sapiens Agenda by Becky Albertalli
Everything Leads to You by Nina LaCour
Anything Could Happen by Will Walton
Ask the Passengers by A.S. King
The Five Stages of Andrew Brawley by Shaun David Hutchinson

Two Boys Kissing and Every Day by David Levithan (honestly, everything by David Levithan)
In Real Life by Joey Graceffa
Not Otherwise Specified by Hannah Moskowitz
Highly Illogical Behavior by John Corey Whaley

A Work in Progress by Connor Franta
Breakthrough: How One Teen Innovator Is Changing the World by Jack Andraka
More Than This by Patrick Ness
Beyond Magenta: Transgender Teens Speak Out by Susan Kuklin
The Art of Being Normal by Lisa Williamson 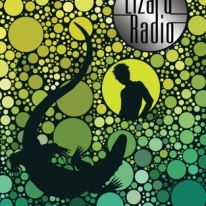 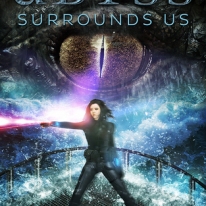 Other books that I wanted in my display but they are already checked out (which is even better): 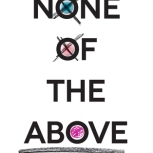 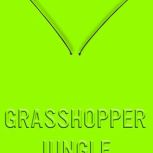 More Happy Than Not by Adam Silvera
None of the Above by I.W. Gregorio
Winger and Grasshopper Jungle by Andrew Smith 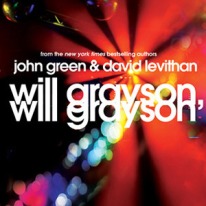 Jerkbait by Mia Siegert
Will Grayson, Will Grayson by John Green and David Levithan
Gates of Thread and Stone by Lori M. Lee

There are so many other books I wanted to include. I would also recommend checking out Dahlia Adler’s LGBTQ Reads website for more recommendations!

If you are interested in hearing about what happens with this situation, I’ll be tweeting updates, so follow me @StefaniSloma.

Hey, guys! So you know me – you know I love posting Waiting on Wednesday posts which features books that I’m excited to read. But I’ve found that maybe half the time, I don’t actually read the books I’ve posted about. I’ve decided to start doing a post that I’m tentatively calling “Sunday Soon”, which will feature books that will be released on the Tuesday of the following week and that I’ve either read, pre-ordered, ordered for the library, or will be reading asap. I want this feature to be about books that I KNOW I will read or have already read and I’m excited to share with you. The post might have a mini review included or a link to my review (if I’ve already written one – either on my blog or on Goodreads). I hope this description makes sense, and I hope you’ll get excited to see which books I’ll feature! 🙂 Let me know in the comments if you like the idea for this post.

Since Pride Month is coming up, and I’ve started putting together my display at the library (you can see which books I’ve already picked on my Twitter HERE; there will be more books added), I thought I’d share a few of the LGBTQIAP+ books I’ve recently ordered for my library. These books will be added to the Pride Month display as they come in. All three of these books come out this week – May 31.

When Frannie Little eavesdrops on her parents fighting she discovers that her cousin Truman is gay, and his parents are so upset they are sending him to live with her family for the summer. At least, that’s what she thinks the story is. . . When he arrives, shy Frannie befriends this older boy, who is everything that she’s not–rich, confident, cynical, sophisticated. Together, they embark on a magical summer marked by slowly unraveling secrets.

I featured this book previously for a Waiting on Wednesday post.

THE ART OF BEING NORMAL by Lisa Williamson // Farrar, Straus, & Giroux

David Piper has always been an outsider. His parents think he’s gay. The school bully thinks he’s a freak. Only his two best friends know the real truth: David wants to be a girl.

On the first day at his new school Leo Denton has one goal: to be invisible. Attracting the attention of the most beautiful girl in his class is definitely not part of that plan. When Leo stands up for David in a fight, an unlikely friendship forms. But things are about to get messy. Because at Eden Park School secrets have a funny habit of not staying secret for long , and soon everyone knows that Leo used to be a girl.

As David prepares to come out to his family and transition into life as a girl and Leo wrestles with figuring out how to deal with people who try to define him through his history, they find in each other the friendship and support they need to navigate life as transgender teens as well as the courage to decide for themselves what normal really means.

I’ve heard some good things about this book. Plus, I don’t think there are enough books about transgender teens, and not only am I excited to read this book, I’m excited to put it on my library shelf for my teens to read.

THE INSIDE OF OUT by Jean Marie Thorne // Dial Books

Meg Cabot meets Glee in this breezy, hilarious, deceptively smart YA about privilege, pretense, and realizing that every story needs a hero. Sometimes it’s just not you.

When her best friend Hannah comes out the day before junior year, Daisy is so ready to let her ally flag fly that even a second, way more blindsiding confession can’t derail her smiling determination to fight for gay rights.

Before you can spell LGBTQIA, Daisy’s leading the charge to end their school’s antiquated ban on same-sex dates at dances—starting with homecoming. And if people assume Daisy herself is gay? Meh, so what. It’s all for the cause.

What Daisy doesn’t expect is for “the cause” to blow up—starting with Adam, the cute college journalist whose interview with Daisy for his university paper goes viral, catching fire in the national media. #Holy #cats.

With the story spinning out of control, protesters gathering, Hannah left in the dust of Daisy’s good intentions, and Daisy’s mad attraction to Adam feeling like an inconvenient truth, Daisy finds herself caught between her bold plans, her bad decisions, and her big fat mouth.

I’m pretty sure I heard of this one because of Dahlia Adler, and when Dahlia raves about a book, I make it a point to not only read it but also order it for my library.

So what do you think? Do you guys like this idea? Would you read these posts?