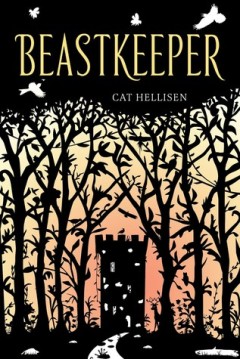 Sarah has always been on the move. Her mother hates the cold, so every few months her parents pack their bags and drag her off after the sun. She’s grown up lonely and longing for magic. She doesn’t know that it’s magic her parents are running from.
When Sarah’s mother walks out on their family, all the strange old magic they have tried to hide from comes rising into their mundane world. Her father begins to change into something wild and beastly, but before his transformation is complete, he takes Sarah to her grandparents—people she has never met, didn’t even know were still alive.
Deep in the forest, in a crumbling ruin of a castle, Sarah begins to untangle the layers of curses affecting her family bloodlines, until she discovers that the curse has carried over to her, too. The day she falls in love for the first time, Sarah will transform into a beast . . . unless she can figure out a way to break the curse forever.

Why I’m excited: Dude. What? That whole summary sounds awesome. This isn’t exactly an original idea (magic and beasts and curses, sound familiar?) but the fact that the girl will change into a beast when she falls in love? That’s original and interesting and definitely something I want to read. I love stories with “strange old magic” so this one is firmly on my TBR for 2015! 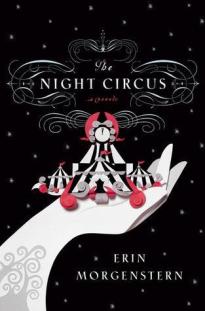 My current read is The Night Circus by Erin Morgenstern. I opened it to a random page – 273 – and this is the quote I want to tease you with (it continues onto page 274):

“Manipulation. I called it magic when I was younger. It took me quite some time to break the habit, though my father never cared for the term. He’d call it enchanting, or forcibly manipulating the universe when he was not in the mood for brevity.”

I like that, “forcibly manipulating the universe”. That’s an interesting way to phrase that. I’m enjoying this read so far. I’m about 100 pages in, but I’m moving through it pretty quickly.