Holy crap, this is hard. You can check out my 2015 releases shelf on Goodreads (which currently has a whopping 64 books on it!) to see that I am excited for A LOT of books coming out in 2015. Thankfully, in January we’ve got a TTT post about debuts coming out in 2015, so that helps a little. This list is obviously not going to include all the books I’m excited about but here’s the ten that I am dying to read.

My Heart and Other Black Holes by Jasmine Warga…because it sounds deep and sad and lovely and perfect winter weather.

Simon vs. the Homo Sapiens Agenda by Becky Albertalli…because I got an ARC of this at the Decatur Book Festival and I think it sounds really great.

The Fill-In Boyfriend by Kasie West…because it sounds suitably sweet and adorable.

A Darker Shade of Magic by V.E. Schwab…because parallel universes.

Reasons to Stay Alive by Matt Haig…because I need it. 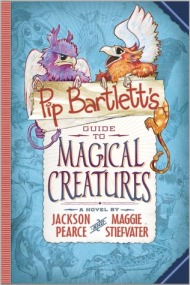 The Prom Goer’s Interstellar Excursion by Chris McCoy…because oh my goodness it sounds perfect and unique and like The Hitchhiker’s Guide to the Galaxy.

Pip Bartlett’s Guide to Magical Creatures by Maggie Stiefvater…because – do I really need to explain this one?

Never Always Sometimes by Adi Alsaid…because he’s a really genuine person and I liked Let’s Get Lost and I’m excited to read what’s next from him.

What books are you looking forward to in 2015? Are you excited about any of the books on my list? 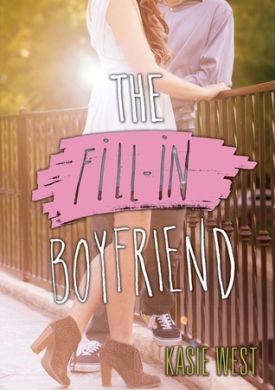 When Gia Montgomery’s boyfriend, Bradley, dumps her in the parking lot of her high school prom, she has to think fast. After all, she’d been telling her friends about him for months now. This was supposed to be the night she proved he existed. So when she sees a cute guy waiting to pick up his sister, she enlists his help. The task is simple: be her fill-in boyfriend— two hours, zero commitment, a few white lies. After that, she can win back the real Bradley.

The problem is that days after prom, it’s not the real Bradley she’s thinking about, but the stand-in. The one whose name she doesn’t even know. But tracking him down doesn’t mean they’re done faking a relationship. Gia owes him a favor and his sister intends to see that he collects: his ex-girlfriend’s graduation party — three hours, zero commitment, a few white lies.

Just when Gia begins to wonder if she could turn her fake boyfriend into a real one, Bradley comes waltzing back into her life, exposing her lie, and threatening to destroy her friendships and her new-found relationship.

Why I’m excited: I’m in the mood for a cute book, and this one fits the bill. Unfortunately, I have to wait like SEVEN freaking months to read it! 😦 Maybe I’ll be able to get my hands on ARC of this one! I certainly hope so. The Fill-In Boyfriend sounds adorable and fun and different. Whether or not I get an ARC, I’ll be checking this one out!