So you might be looking at the cover of that book and asking yourselves why that person looks so familiar (which is the point behind the title of the book).

Like me, you might’ve first come across Judy as the mean-girl best friend in 13 Going on 30.

Or as the co-worker best friend in 27 Dresses. 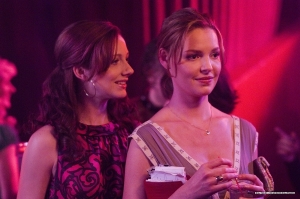 Or the unstable office assistant in Arrested Development. 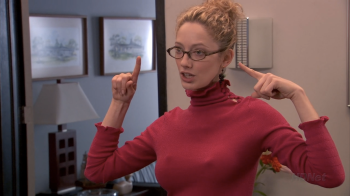 Or The Village. Or the voice of Cheryl in Archer. Or really, the tons of other co-star roles she’s been in since she started acting. She’s “Hollywood’s go-to best friend,” and because of that she’s relatable and easy to connect with. Her autobiography provides us with anecdotes about how much going to the Oscars can suck, especially when you don’t know anyone and you have to wear Spanx.

This book isn’t laugh out loud funny as the synopsis makes it out to be. It is, however, full of amusing (but not hilarious) essays on Greer’s life before Hollywood, her life as a co-star, and her life as a step-parent to Dean Johnson’s kids (it was amusing and also weird how she always first and last named him). It’s not a tell-all about the various actors and actresses she’s worked with. It doesn’t really go in depth about what it’s like working on movies. It’s probably not what you’d expect. But it isn’t necessarily bad either. There are really amusing bits – like the things she texts to her friends (probably the only laugh-out-loud moment in the book, but so funny my face hurt from laughing) or what she gets up to off-set on-location.

If you’re interested in what it’s like to be a co-star or the shenanigans you could get up as a step-parent (which are pretty funny), then check this book out.

Although, I will say that I DNF’ed this audiobook at about 85% (I know! I made it almost to the end). I just couldn’t keep going. I kept saying to myself, “Who cares?” – which is harsh, I know, but I just wasn’t invested enough to finish.