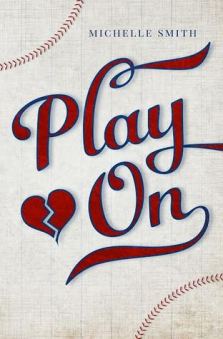 Synopsis: In the small town of Lewis Creek, baseball is everything. Especially for all-star pitcher Austin Braxton, who has a one-way ticket out of town with his scholarship to a top university. All that stands between him and a new start is one final season. But when Austin starts flunking Chemistry, his picture-perfect future is in jeopardy. A failing grade means zero playing time, and zero playing time means no scholarship.

Enter Marisa Marlowe, the new girl in town who gets a job at his momma’s flower shop. Not only is Marisa some home-schooled super-genius, she’s also a baseball fanatic and more than willing to help Austin study. As the two grow closer, there’s something about Marisa that makes Austin want more than just baseball and out of Lewis Creek–he wants a future with her. But Marisa has a past that still haunts her, one that she ran all the way to South Carolina to escape.

As Austin starts to peel back the layers of Marisa s pain, it forces him to look beyond the facade of himself and everyone he thought he knew in his town. What he sees instead is that in a small town like Lewis Creek, maybe baseball isn t everything–maybe it is just the thing that ties them all together.”

Add it on Goodreads.

In this scene, Marisa’s reporting for her first training session at the Braxton family’s flower shop, and Austin is in charge of the grand tour.

I clap my hands together and start for the first display cooler. Marisa’s shoes squeak against the floor as she follows me. “All right, then,” I say on an exhale, turning to her. She stares up at me, all bouncy ponytail and bright eyes. “We’re supposed to be training. So, first things first. Flowers: how much do you know about them?”

She giggles, and dang it, she needs to stop. Please make it stop. All these little things she does that make my stomach do weird flip-flops are going to turn into big things, and big things are a lot harder to ignore.

“It’s safe to say I know a bit about flowers,” Marisa says. “Your mom gave me one heck of a quiz during my interview to make sure I knew my stuff. She even asked what my favorite flower was and how often I’m supposed to change vase water. I mean, really?”

I twirl my finger, signaling for her to continue. “And your answers were…?”

She tilts her head to the side. “Purple roses. Every two-to-three days. Do you think I’m an amateur?”

Even if I did, it wouldn’t matter. I’d train her all day, every day as long as she kept smiling at me like she is now. But that smile falters as her gaze falls to the floor. She clears her throat and says, “Before we moved here, my mom was obsessed with gardening. She taught me everything I know.”

Her voice dips. Before I can ask if she’s all right, she shakes her head and looks back to me, her eyes not nearly as bright, but still as piercing as they were before.

I shrug and force a smile of my own. “Looks like we have something in common. My momma’s a gardening freak, too.” As if owning a flower shop didn’t already give that away. Strike two, Braxton.

She steps to my side, her arm brushing against mine as she gestures to the cooler. “Anyway, continue, Floral Prince. Teach me your ways. I’m sure you know much more than I do.”

I narrow my eyes. “You’re makin’ fun of me, aren’t you? Is it the apron? Because I’ll have you know, I’m rockin’ this apron.”

She grins. “I would never make fun of a prince,” she says seriously and curtsies. The girl freakin’ curtsies.

I cross my arms. “All right, feisty pants. I see what you did there.”

Her jaw drops. “You did not just call me feisty pants. What are you, sixty? Who even says that?”

“I do, obviously. And what I was going to say is, you can’t put whatever flowers you want in the cooler. This is where we keep the special order arrangements and loose flowers. Single roses and stuff like that.”

Instead of replying, her lips curve up again. My heart hammers against my chest. No matter how tough he acts, every guy dreams of someone looking at him this way. Like every word out of his mouth is coated in gold, even if it’s the cheesiest thing that person’s ever heard.

No one’s ever looked at me this way before, not even Jamie. It’s killer. And it’s kind of freaking me the hell out because I’d never even seen this girl until a week ago, and she’s got me acting like an idiot.

“What—” I cough to cover the crack in my voice. “What’s that look for?”

She shrugs and moves past me toward the cooler. In its reflection, I see her staring at the arrangements, her fingertips pressed lightly against the glass. “I like your voice,” she says. “It’s laid-back. Easy-going. Like you have all the time in the world.” She faces me again. “And your accent’s kind of to die for. But you can pretend I didn’t say that.”

Michelle Smith was born and raised in North Carolina, where she developed a healthy appreciation for college football, sweet tea, front porches, and a well-placed “y’all.” She’s a lover of all things happy, laughs way too much, and fully believes that a little bit of kindness goes a long way.

Michelle lives near the Carolina coast with her family.