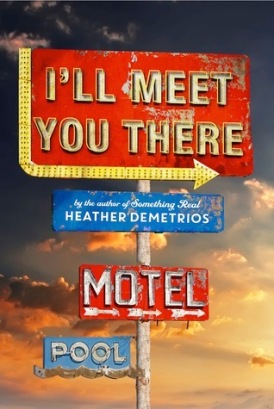 Synopsis from Goodreads: If seventeen-year-old Skylar Evans were a typical Creek View girl, her future would involve a double-wide trailer, a baby on her hip, and the graveyard shift at Taco Bell. But after graduation, the only thing standing between straightedge Skylar and art school are three minimum-wage months of summer. Skylar can taste the freedom—that is, until her mother loses her job and everything starts coming apart. Torn between her dreams and the people she loves, Skylar realizes everything she’s ever worked for is on the line.

Nineteen-year-old Josh Mitchell had a different ticket out of Creek View: the Marines. But after his leg is blown off in Afghanistan, he returns home, a shell of the cocksure boy he used to be. What brings Skylar and Josh together is working at the Paradise—a quirky motel off California’s dusty Highway 99. Despite their differences, their shared isolation turns into an unexpected friendship and soon, something deeper.

Why I’m excited: This sounds deep, you guys. Everything I’ve read about it so far has said how real and flawed the characters are, and I love flawed characters. This sounds different from your average contemporary and like something I’d really like. Sometimes you want easy-to-read fluffy romances and sometimes you just don’t. This is one of those times. I’ll be checking this one out for sure.

Add I’ll Meet You There to your to-read shelf on Goodreads.

5 thoughts on “Waiting on Wednesday: I’ll Meet You There by Heather Demetrios”